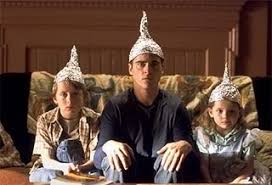 Brett McMurphy and Andy Katz of ESPN.com have reported that NBC has verbally offered the remnants of the Big East between $20 million and $23 million per year for six years for the conference’s TV rights for all sports (including both football and basketball).  That would be approximately $2 million per year for each school in the league.  By way of comparison, each individual school in the Big Ten, SEC, Pac-12 and Big 12 (and depending upon who you talk to, soon the ACC) will make about as much TV money on its own annually than the entire Big East conference.  This is the latest news in the stunning decimation of the Big East since the league rejected an offer from ESPN two years ago worth an average of $130 million per year.  During that time frame, the Big East has lost 5 football members that have actually played in the league (Pittsburgh, Syracuse, West Virginia, Rutgers and Louisville), 8 non-football members (Notre Dame, Georgetown, Villanova, St. John’s, Seton Hall, Providence, DePaul and Marquette) and 3 schools that defected before they even played a down of Big East football (TCU, Boise State and San Diego State).  In the middle of that process, the conference also lost its place in the college football postseason structure, where it failed to secure a “Contract Bowl” slot (with its former BCS AQ counterparts Big Ten, SEC, Pac-12, Big 12 and ACC) and is now part of the “Gang of Five” non-power conference group (with the MAC, Conference USA, Mountain West Conference and Sun Belt as new counterparts).  The Big East made a huge gamble in taking its sports rights to the open market when it turned down that lucrative ESPN offer and even the largest conference naysayers couldn’t have predicted how badly that decision would backfire.

The argument that ESPN systemically devalued the Big East to the point where it was effectively destroyed is taken as gospel by many Big East partisans.  It started back in October 2011 with a quote from the then-AD at Boston College stating that ESPN “told [the ACC] what to do” in the wake of Pitt and Syracuse defecting to the ACC.  This line of thinking then continued on as the Big East lost more access in the new college football playoff system than any other conference (in fact, they’re likely going to be the only league that will end up making less money in the new format than it does in the current BCS system) and then suffered a literal avalanche of defections in the past 5 months.

However, it wasn’t the Bristol-based network that effectively killed off the Big East as we once knew it.  Instead, Fox, in its pursuit of becoming the main competitor to ESPN in US sports television, ended up pulling the trigger.  Consider two critical moves:

(1) Big Ten expands with Maryland and Rutgers – When the Big Ten added Maryland from the ACC and Rutgers from the Big East, Jim Delany wasn’t looking to aid its first tier national TV slate that’s being shown on the Disney networks of ABC and ESPN (unlike the addition of Nebraska in 2010).  Instead, the main beneficiary from this expansion was Fox, which is 51% owner of the Big Ten Network (BTN), since it now has an argument that the network should be carried on basic cable in the New York City and Washington, DC markets.  If anything, this move was terrible for ESPN since it makes Fox/BTN much stronger on the East Coast and took away schools from the two main conferences – the ACC and Big East – in which the Worldwide Leader owns all tiers of conference multimedia rights.  Without Fox and the BTN, the Big Ten doesn’t take Rutgers directly from the Big East or indirectly causing Louisville to defect (since the ACC replaced Maryland with the Cardinals).  The Big East still had the ability to survive as a viable football conference with Louisville and Rutgers in the fold, but once they were gone, Boise State (and subsequently San Diego State) didn’t believe that they would receive enough TV money to justify being complete western geographic outliers.

(2) Catholic 7 leave the Big East… because Fox convinced them to do so – A few weeks after the Rutgers and Louisville defections, the 7 remaining Catholic non-football schools (DePaul, Georgetown, Villanova, St. John’s, Seton Hall, Providence and Marquette) decided to split off from the Big East’s football members in order to form a new league (hereinafter called the “Catholic 7”).  Multiple reports from both ESPN (including the McMurphy/Katz report linked above) and Sports Illustrated have stated that Fox is the leading suitor for the rights to the new Catholic 7 league with offers of between $30 million and $40 million per year depending upon whether it has 10 or 12 schools.  That represents the Catholic 7 making around $3 million per year for basketball rights, which is more than the NBC offer to the Big East of $2 million per year for both basketball and football.

I’ve previously set forth reasons why the Catholic 7 would be more valuable than the new Big East even when they don’t offer any football (namely that football in and of itself isn’t what’s driving value and the Catholic 7 brand names and markets are much stronger top-to-bottom in order to garner a premium).  Even if you don’t want to believe that’s the case in terms of comparing the inherent values of the Catholic 7 versus the Big East, a Tweet from Brett McMurphy on Saturday should put this into clearer focus:

@owlsbest Fox approached C7 while still in Big East. They have a greater need, so will pay more. Leagues only worth what someone will pay

Do you see what occurred here if this is true?  Fox approached the Catholic 7 before they split off, which means it’s not so crazy to believe that Fox wanted them to split off.  So, if you believe that Fox is overpaying for the Catholic 7, then you might be right.  However, the point is that Fox needed to overpay the Catholic 7 in order to serve as a catalyst for them to split off.  If Fox just merely offered “fair market value” to the Catholic 7, then they likely would have stayed in the hybrid.  (Anyone that thought that the Catholic 7 would have split off without the knowledge that they’d be getting paid more compared to staying in the hybrid Big East isn’t thinking straight.)  There needed to be an extraordinary financial windfall from Fox in order for the Catholic 7 to take the extraordinary step of splitting off from the Big East football schools.  As a result, it’s almost pointless to try to compare the on-the-court basketball quality of the Catholic 7 versus the New Big East.  The amounts that are being offered by Fox to the Catholic 7 reflect a “blood money” premium offer that they couldn’t refuse, whereas the Big East isn’t going to garner any premium at all and will be subject to the “normal” market forces in play.

That leads to a corresponding question: why would Fox do this?  Why would it want to pay this much for the Catholic 7 instead of, say, simply bidding for the entire hybrid Big East?  Well, let’s take a step back and examine what Fox actually needs in terms of sports content.  The reality is that Fox (and when I say “Fox”, I really mean its new cable networks Fox Sports 1 and Fox Sports 2 as opposed to over-the-air Fox) already has a fairly full sports slate in the fall with Major League Baseball, NASCAR, Pac-12 football and Big 12 football rights.  As a result, they don’t have much of a need for other college football games.  The biggest programming gap that Fox has right now is during the winter, where its cable networks are pretty much wide open outside of some Pac-12 basketball rights.

I’ll put on my own tinfoil hat here, where my semi-educated guess is that Fox: (a) no longer had much interest in the New Big East football product after Rutgers and Louisville left, (b) still had interest in the Big East’s basketball product in order to provide winter programming and (c) didn’t want to get into a bidding war with NBC and/or ESPN to buy a Big East package for both basketball and football when all it really wanted was basketball.  As a result, Fox went straight to the Catholic 7 (who represented most of the schools that they wanted to showcase for basketball, anyway) and offered up enough money that would simultaneously be a financial boon to those schools while allowing the cable network operation to save money compared to a competitive bidding situation for the all-sports hybrid Big East rights.  It’s the very essence of a “win-win” for both the Catholic 7 and Fox here.

Meanwhile, the Big East has been left with only one legit suitor with NBC since Fox obviously has no interest (seeing that it made an offer to the Catholic 7 to split up the league), CBS has little funding for its fledgling CBS Sports Network and ESPN has had lukewarm feelings toward the league.  Without a bidding war, the already thrifty Comcast/NBC organization zero incentive to drive up the price of the Big East on its own, so this very low offer reflects that reality.  Either NBC takes the Big East rights or ESPN comes in to match it with its right of first of refusal (which the McMurphy/Katz article notes that the Worldwide Leader has), but there’s no other potential fountain of cash out there.

Sometimes, it’s not quite as simple as saying “UConn is a much better basketball program than DePaul, therefore, UConn should get paid more than DePaul”.  Timing matters in conference realignment and TV contracts, so in this case, Fox had a specific need in a situation where the Catholic 7 was in the right place at the right time.  Granted, that’s no consolation for the fans of schools that are left in the Big East and who may need to start hanging up pictures of Rupert Murdoch on their dartboards instead of Mickey Mouse.