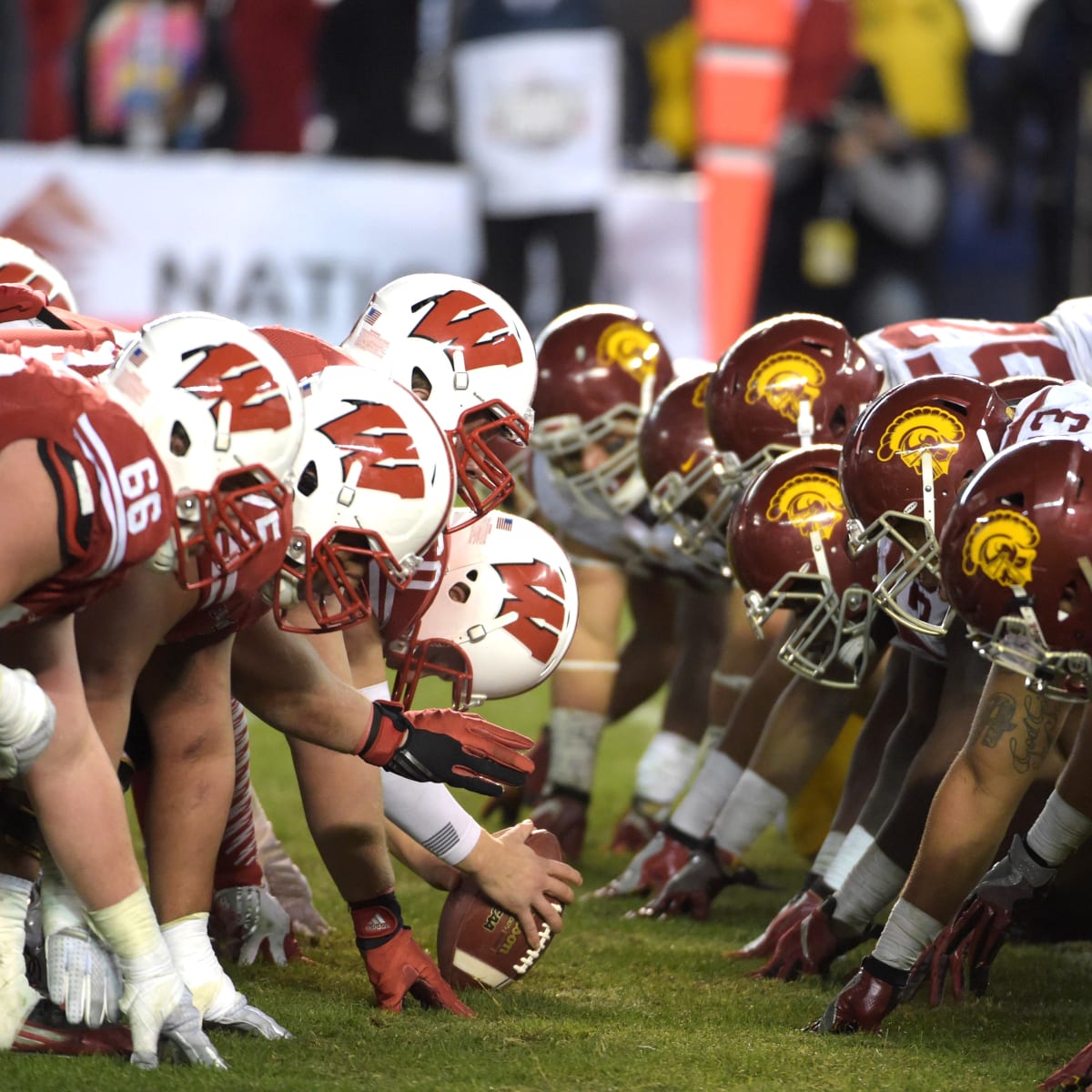 With Big Ten expansion seemingly on pause for the moment, let’s take a look at how the scheduling might work in a 16-team Big Ten. Assuming that the Big Ten will have 3 annual protected rivals for each school when USC and UCLA join, I’ve mapped out a couple of different potential matchup lineups: one more heavily based on pure geography and one with more priority to trophy games.

My guess is that many old school Big Ten fans will like the Trophy Games setup better, but the league office will lean toward something closer to the Geography setup. With a coast-to-coast league, it almost mandates prioritizing geographic proximity even more than now. As fans look at whatever scenarios are out there, think about what’s actually fair for everyone and take into account the league’s goals (like I’ve noted with the reasons why Penn State is locked-in to play Ohio State, Rutgers and Maryland). Everyone wants 3 perfectly matched annual games, but that’s impossible for all members. There’s a give and take when managing the interest of 16 different schools.
(Image from Sports Illustrated)
Follow @frankthetank111