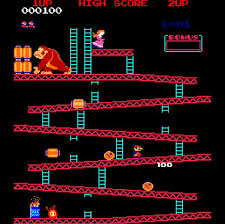 There’s obviously tons of conference realignment news out there from a lot of different fronts, so let’s get right to it (and I’ll warn you ahead of time that I’ll be jumping around a bit):

(1) ACC officially adds Syracuse and Pitt – I don’t know if adding Syracuse and Pitt alone makes financial sense for the ACC, but it’s a great move from a cultural fit standpoint.  Neither Syracuse nor Pitt were likely going to receive Big Ten invites, so it made sense for them to jump at the chance to move to the more stable ACC.  (Personally, I’ve long been a proponent of Syracuse receiving a Big Ten invite and thought that if Pitt could just trade locations with Rutgers, they would’ve been invited to the Big Ten many years ago.  Alas, the Big Ten is looking for football grand slams, which I’ll get to later on.)  This might not be a great football move on paper, yet from a market and academic standpoint, it still makes the ACC stronger than where they were a couple of days ago.

(2) Is 14 (not 16) the new 12? – With the Pac-16 looking like it might come to fruition (Oklahoma seems to be steamrolling over there) and speculation turning to the ACC supposedly not being done and planning to move up to a 16-school league (with candidates like Texas, Notre Dame, Rutgers and UConn being thrown around), the argument is that we are on the precipice of the full-fledged superconference era.

Call me skeptical right now.  The Pac-12 is on the verge of going up to 16 with both Texas and Oklahoma, which certainly justifies an expansion to 16.  For the Big Ten, ACC and SEC, though, there isn’t quite as compelling of a financial argument to move beyond 14 (or even 12 in the case of the Big Ten) simply for the sake of getting to 16… unless we see Notre Dame join one of them.  I’ll have more on that in a moment.  Otherwise, there’s just not enough firepower available for spots 15 or 16 in these leagues to justify large-scale expansion.

Regardless, there are a bunch of schools in the Big East and Big 12 (i.e. Rutgers, UConn, Louisville, maybe West Virginia, maybe Kansas, etc.) that are better off either with as little change as possible (i.e. Texas deciding to stay in the Big 12, which makes that a more palatable destination) or full-fledged realignment Armageddon with 4 16-school superconferences (of which those schools would presumably be in the “top 64” to be included).  What’s NOT good for them is a “tweener” superconference era of 14-school leagues, as they’ll likely end up in a league with Big East and Big 12 retreads without any football kings.

(3) What should the Big Ten do? – Since I’m a Big Ten guy, lots of people have been asking me what Jim Delany should be doing right now.  My unequivocal response: ABSOLUTELY NOTHING UNLESS NOTRE DAME AND/OR TEXAS WANT TO JOIN.  The Big Ten has a tight-knit conference with a national TV network, huge fan bases, great academics and four football kings (Michigan, Ohio State, Penn State and Nebraska).  There is absolutely no reason to have Big Ten expansion without Notre Dame (and/or the much less likely Texas) involved.  If the Irish come calling, then my feeling is that the Big Ten would look to add Rutgers to provide a direct New York City market presence (even though I believe UConn has the better overall athletic department).  The Big Ten seems to like Rutgers but not enough to add without Notre Dame.  With the amount of money that the Big Ten is splitting already, the standard is massively high.  Speaking of the Irish…

(4) Notre Dame has to start thinking again – Let’s be clear about one thing: from a pure football perspective, Notre Dame will never be forced to give up independence.  As long as the BCS exists, it’s going to deal with Notre Dame on favorable terms.  When BYU can get a multi-year multi-million dollar TV contract from ESPN, it shows that Notre Dame is not within one iota of being in danger of losing its NBC contract (or having someone else like ESPN pick it up instead).  TV networks and bowls will always want Notre Dame while power schools such as Michigan and USC will continue to schedule the Domers no matter what.

The irony is that the main way to get Notre Dame to join a conference has nothing to do with football.  My reader M pointed out a blog post that I wrote back in June 2010 that could almost be written verbatim again today (Pac-16 on the horizon, Texas A&M going to the SEC and the Big East in danger).  In that blog post, I referenced a source that had knowledge of the Big East conference agreement, which states that in the event the league loses 2 football members, the football and non-football sides can split and maintain their respective revenue distributions (i.e. NCAA Tournament credits).  At that time, what I was told was that the Catholic members were actually the ones looking to opt for a split in the event of the loss of any members.

It’s unclear whether there’s the same understanding now, but either way, Notre Dame’s overall athletic department has progressed to the point where a league with only the BE Catholic schools wouldn’t be satisfactory for a program of the size that’s in South Bend.  Basketball would be fine, but it’s everything else that would be a large problem.  While Notre Dame’s alumni base might be willing to throw all non-football sports under the bus in the sake of football independence, Jack Swarbrick and the rest of the leadership at the school aren’t going to have the same perspective as they have to weigh the interests of a whole lot more student-athletes.  Like Texas, Notre Dame was in the position of having its cake and eating it, too, with football independence coupled with a BCS-level league for non-football sports.  Now, it’s probably going to have to give up one or the other, and considering that Notre Dame was on the verge of joining the Big Ten in 2003 when the remaining Big East schools were much more attractive than whose in place now, it’s an indicator that independence is in danger.  It would be great if the ACC could offer them non-football membership outlined in my last post, yet that seems extremely unlikely now.  Granted, independence is still an institutional identity issue for the school more than a money issue (which is contrary to what a lot of college football fans believe), so you never know where the Irish might come out on this.

One thing to note (and I’ll have to give credit to one of the Northwestern posters on a Purple Book Cat thread on Wildcatreport.com for pointing this out, but I can’t find the link right now): keep a close eye on what Notre Dame is doing (or not doing) with respect to hockey conference membership.  The college hockey world experienced its own Conference Realignment Armageddon this past summer after the formation of the Big Ten hockey conference and a new league that siphoned off many of the best of the remaining WCHA and CCHA programs.  Notre Dame, though, hasn’t announced a single thing about joining a different hockey league even though everyone else had done so a couple of months ago.  If you see Notre Dame announcing that it’s joining the Hockey East next week, it’s probably a pretty good indicator that the Irish aren’t joining the Big Ten.  However, the longer that Notre Dame doesn’t say anything about hockey, the more likely it means the Big Ten is a viable option.  Consider the Notre Dame hockey program the college football realignment canary in the coal mine.

(5) Mergers and Acquisitions – A couple of mergers might be on the horizon to create even more mega-conferences.  CBS Sports is reporting that the remaining Big 12 and Big East football schools are exploring a potential merger.  This makes sense in a number of ways since as long as the Big East and Big 12 are existence, they will have BCS AQ bids through 2013.

Someone that had worked with a conference office told me a couple of weeks ago that a merger between the Big 12 and Big East would be a smart move for the leftover schools.  A conference merger actually occurred in 1991, where the American South Conference merged with a wounded Sun Belt Conference that was on the verge of collapse after losing nearly all of its members.  Why did the American South step in to save the Sun Belt?  It’s because in the event of a merger, it meant that the Sun Belt wouldn’t dissolve and therefore, the NCAA ensured that the new merged league (which would decide to keep the Sun Belt name) would retain all of the NCAA Tournament credits of the departed schools.  In the cases of both the Big 12 and Big East, there’s an even stronger incentive for both conferences to avoid dissolution in order to preserve the NCAA Tournament credits of the schools that left their respective leagues (which are actually quite substantial with schools like Syracuse and Pitt involved) along with AQ status for football.  At the same time, the SEC, Pac-12 and ACC all have fairly strong incentives to see a merger occur as it lowers their potential legal exposure from schools such as Baylor and Iowa State that might otherwise be left out of the AQ level.

On the non-AQ front, the Mountain West and Conference USA are considering a football-only merger in an attempt to procure BCS AQ status.  It will be interesting to see whether a mega-league would be persuasive to the BCS powers-that-be on that front since the issue has largely been about the weakness in the bottom halves of those 2 conferences, which won’t go away (and might even be exacerbated) with a merger.

(6) The Geography of Conference Realignment – Finally, as a political junkie, one of my favorite analysts out there is Nate Silver of the FiveThirtyEight blog.  So, I was ecstatic to see him post a massive analysis of college conference realignment to determine the different values of various schools.  I actually wrote about the CommonCensus Sports Map Project several years ago (prior to when most of you had stumbled onto this blog) that Silver used in his posting and had noticed at the time that the SEC schools were largely underrepresented in the college football fan numbers.  Regardless, both the Nate Silver piece and the CommonCensus Sports Maps provide a starting point and an incredible amount of data points to examine for anyone interested in how fans of sports teams are distributed by market.

Over 1500 words about the latest in conference realignment and I’ve barely talked about Texas.  Don’t worry – I’ll be writing much more about the Longhorns soon.  Until then, enjoy the hourly changes in the rumor mill.

985 thoughts on “Conference Realignment Chaos: It’s On Like Donkey Kong”