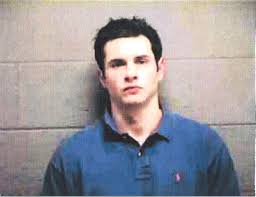 In the past 2 weeks, we’ve seen stories that Texas is saving the Big 12, moving west with Oklahoma to the Pac-12, joining the Big Ten with Notre Dame and now the ACC is the new frontrunner for the Longhorns.  The only constant seems to be that Texas wants absolutely nothing to do with the SEC (even though that conference might most easily be able to take on the Longhorn Network without disruption to the rest of the league’s revenue and TV rights structure) because of a combination of academics and cultural fit.  (It’s NOT about “being scared” of the SEC, as Clay Travis suggests.  I like Clay and he normally avoids the fanboy-type of arguments you’ll find on a lot of message boards, but he’s way off base here.  No school moves from or avoids conference because they’re “scared” or really much of anything to do with results on the field.)

THE POSITIVES FOR TEXAS

There are a few items that seem to make sense for Texas in a possible move to the ACC:

(1) ESPN controls all ACC TV rights – Out of the three main contenders for the services of Texas, the ACC has a clear advantage over the Pac-12 and Big Ten in that ESPN controls all ACC television rights at all tiers.  In contrast, the Pac-12 Network that will be wholly-owned by the conference has control of a large chunk of football and basketball inventory while Fox is the Big Ten’s partner on the BTN.  While ESPN sublicenses syndicated packages of ACC games to Raycom, the Worldwide Leader is still ultimately in control of all of that conference’s content.  This makes it much easier from a pure TV rights perspective for the ACC to take in the ESPN-owned Longhorn Network.  There would need to be some maneuvering with Raycom, but certainly not to the extent that would need to occur with the respective networks run by the Pac-12 and Big Ten.

(2) Top Tier Academics – If Texas is going to leave the Big 12, then academic reputation of the destination conference is an important factor and a big reason (if not the top reason) why the school has never been interested in the SEC.  On this front, the ACC is arguably the best of all of the BCS conferences at least on the undergraduate level, where 7 of its schools reside in the top 50 of the latest US News rankings.  (The Big Ten generally gets the nod as the top academic BCS conference at the graduate level.)  Note that when I talk about academics, I mean overall institutional reputations as opposed to, say, the classroom performance of football players in Miami that reek of stripperfume.

(3) ACC is much stronger than what people give it credit for – I’ve said this in the majority of blog posts that I’ve written on conference realignment for the past year because there have been so many rumors about certain ACC schools (particularly Virginia Tech) going to the SEC and I’ll repeat it again: the ACC is much stronger than what people give it credit for.  Academics matter to the university presidents that make conference decisions and the ACC is solid from top-to-bottom on that factor.  At the same time, the likelihood of the core of the conference (UNC/Duke/UVA) ever leaving the ACC is about as likely as Michigan and Ohio State leaving the Big Ten, which means there’s much greater stability factor in the ACC compared to the Big 12 or Big East.  No one that is thinking straight believes the ACC is going to disappear like the Big 12.  At the same time, the reason why the SEC or Big Ten would ever want any ACC schools in the first place is because the league certainly has valuable assets in terms of flagship schools and desirable demographics.  The conference has a lot to work with even with direct competition with the SEC in a number of markets.

Now, the main exception to all of this is Florida State.  I’ve stated previously that it’s the one ACC school that I believe would take an SEC invite, so it didn’t surprise me that the Seminoles are forming an expansion/realignment committee to evaluate their options.  An ACC-less Florida State certainly changes the equation for Texas and anyone else that might consider heading to that conference.  For what it’s worth, if Florida State is truly available, Jim Delany and the Big Ten should be on the phone to Tallahassee immediately.  That’s a discussion for another day.

THE NEGATIVES FOR TEXAS

(1) Equal Revenue Sharing – The ACC has long shared all TV revenues equally among its members and there’s plenty of people that believe (including me) that it’s a fundamental tenet of a strong and unified conference (even if the actual dollar differences might not be that large in an unequal system).  Texas would need to get to move the ACC from this position, which may be just as difficult in Greensboro as it would be with the Big Ten and Pac-12.  North Carolina and Duke have disproportionate power within the ACC and it won’t be easy to get them on board with providing special concessions to Texas (although they weren’t able to stop the conference’s expansion in 2003).

Texas may very well be making less TV revenue with the combination of the LHN and ACC conference TV package than it would in an equal revenue sharing system in the Big Ten or Pac-12.  (The LHN is going to provide UT about $11 million this year.  The oft-reported $15 million per year figure is an average over the 20-year life of the contract.)  Considering that the BTN figures don’t include the new revenue from the addition of Nebraska, one could only imagine what adding all of the households in the state of Texas (and beyond if a school like Notre Dame joins, too) would do to those figures.  It would be the same type of calculation if the state of Texas was added to the Pac-12 network.

As a member of the Big 12, it makes sense that Texas would want an “eat what you kill” approach to TV revenue since the main market of value in that conference is the state of Texas.  In the Big Ten, though, there are marquee markets such as Chicago and Philadelphia that are being brought to the table, while the Pac-12 has the state of California.  For that matter, the ACC brings in the state of Florida and a whole slew of fast-growing Southern and Mid-Atlantic markets.  From a TV revenue perspective, it’s not necessarily an easy call for Texas to give up access to dollars coming in from other Big Ten or Pac-12 markets compared to the non-Texas Big 12 markets.  This is a point that a lot of commentators are missing when evaluating the financial aspects of the LHN – the money isn’t really that mind-blowing compared to what every single Big Ten and Pac-12 school (from Michigan to Northwestern and USC to Washington State) already receives.

However, the value of the LHN seems to be more about branding than money (similar to Notre Dame’s contract with NBC).  It puts Texas into that “special” category as the one school that can carry its own cable network… besides BYU, of course.  Seeing the reports coming out of Austin, the intangibles of the LHN could outweigh greater revenue potential in equal revenue sharing conference networks.  So, that’s why Texas is searching for a conference that allows the LHN to stay as-is (or as close to as-is as possible) and if the ACC is the one league that makes concessions on that front, they can get the Longhorns.

Of course, as we’ve seen in conference realignment many times over the past 18 months, nothing is a done deal until contracts are signed and there’s an announcement (and in the case of Texas A&M to the SEC, a done deal doesn’t even mean there’s a done deal).  In June 2010, Larry Scott was belting out “Free Fallin'” in his rental car after meeting with Bill Powers and DeLoss Dodds in believing that his Pac-16 mega-dream was going to come to fruition.  We ended up seeing that deal collapse in less than 48 hours due to forces beyond Scott’s control.  So, even if the ACC is the proverbial leader in the clubhouse right now for Texas, it doesn’t mean very much in such a fluid situation.