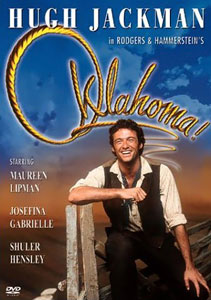 I know that is has been a looooooooong time since my last post. Between coaching basketball and baseball teams for both of my kids and work, it’s been tough to write lately. The patience of the readers and commenters here is sincerely appreciated.

Not much has gone on in the conference realignment world over the past couple of months between a few smaller moves on the margins, such as the Big Ten adding the Johns Hopkins women’s lacrosse team as an affiliate member. (They didn’t join the B1G at the same time as the men’s team.) However, University of Oklahoma President David Boren had some interesting direct comments yesterday about Big 12 expansion. Some quotes from NewsOK about his desire for the Big 12 to add teams:

University of Oklahoma President David Boren on Wednesday reiterated his stance that the Big 12 should expand to 12 teams.

“I think it’s something we should strive for while we have the time, stability, all of that to look and be choosy,” Boren said. “(We) can be very selective about who we want to add. It would have to add value to the conference. I think we should.”

Boren said he worried about not only the perception of the league as other major conferences have expanded but there long-term health of such a setup.

“How many years can this go on?” Boren said. “Finally, it just gets to be really debilitating. I worry about that. That’s something I just worry about long-term about the conference, not short term.”

Boren also threw some shade on the Longhorn Network and the notion that the Big 12 TV revenue distributions would be reduced by expansion:

Boren also said without explicitly naming it that the Longhorn Network—which keeps the Big 12 from having a conference network like the SEC, Big 10 and Pac 12—is a big problem for the conference.

“The elephant in the room remains the network south of us that has struggled and has in a way as long as it’s there,” Boren said. “And we have done quite well with our network and if anything ever changed, it has value to it which we see. But someday, maybe we’ll get past that other problem as well. It’s a problem.”

Boren said the problem of reduced revenue per school with expansion wasn’t as big of a hurdle as it had been made out to be.

“The contract says that our main television contract … if we grow from 10 to 11 or 11 to 12, their payments to us grow proportionally,” Boren said. “So everybody’s share stays the same. If it’s ‘X’ dollars, it stays ‘X’ dollars.

“Our main media contract says it’s not the same pie now cut 12 ways instead of 10.”

Boren did say that that only includes the primary television contract, not other revenue that is split between the schools.

“It’s not total because there’s some smaller—much smaller—amounts of money around the edges but if you can find the right people, it should be additive even though it’s split 12 ways instead of 10.”

Boren provides an important confirmation that the Big 12’s first tier TV contracts would increase proportionally in the event of expansion. Essentially, the notion that each Big 12 member’s revenue slice would be reduced in the event of expansion is largely a non-factor. As a result, any potential Big 12 expansion school doesn’t need to show that they would directly increase the value of the league by $20 million (as some Big 12 expansion opponents have suggested) – that increase is already baked into the conference’s TV contracts.

West Virginia Athletic Director Shane Lyons also indicated support for Big 12 expansion earlier this month (albeit athletic directors generally do not drive conference realignment talks in the way that university presidents have done, notwithstanding the efforts of special exceptions such as Tom Jurich of Louisville and

Does this mean that the Big 12 will take my advice and invite BYU and Cincinnati (or Memphis or other potential candidates)? I’ll reiterate my belief that the Big 12 has been focusing on short-term revenue dollars at the expense of long-term stability… and Boren indicates that there isn’t even much of a short-term revenue upside to avoiding further expansion. The worst thing that happened to the Big 12 leadership (and in turn, many of their fans) is that they deluded themselves into believing schools from the ACC (notably Florida State) could possibly be interested in joining the Texas-centric league. Ever since that occurred, the Big 12 has been paralyzed on the expansion front with an overrating of their position in the conference realignment marketplace (which is #5 out of the 5 power conferences). The Big Ten might have initially wanted Texas and Notre Dame (and to be sure, I wanted them as a fan), but the league moved on with adding a national brand in Nebraska and two mega-markets with Rutgers (New York City) and Maryland (Washington/Baltimore). The Pac-12 had a Pac-16 proposal to create a superconference that would have completely upended the college sports world by adding Texas, Texas A&M, Texas Tech, Oklahoma, Oklahoma State and Colorado, but when that fell through, the league quickly shifted gears to solidify the Rocky Mountain region with a smaller expansion with Colorado and Utah. The SEC surely would have wanted Texas and Oklahoma, too, but they went out and nabbed Texas A&M and Missouri. The ACC will always dream of getting Notre Dame as a full member while harboring their own delusions of thinking that they could ever raid the Big Ten, but that league still got the Irish to commit to being a non-football member with 5 football games per season against ACC opponents and pilfered much of the value of the old Big East.

The point is that the other 4 power conferences gained more power and adjusted even when they didn’t get their #1 and/or #2 expansion options, whereas the Big 12 simply survived. Now, the Big 12 will always survive as long as Texas stays there. The MAC could add Texas and it would be automatically deemed to be a power league. However, if the Big 12 ever wants to get past mere survival and continuing to be the primary target for raiding by the other power conferences, it needs a more cohesive long-term strategy that doesn’t involve pie-in-the-sky hopes and dreams. The only realistic pool of expansion candidates for the Big 12 exists in the non-power “Group of Five” conferences plus independent BYU. The Big 12 can’t just sit back and wait for much longer – it needs to proactively find a way to extract value from 2 (or even 4) expansion candidates from that group in order to be more than a very regionalized (with a West Virginia appendage) conference.

Otherwise, the words of David Boren should be cautionary to the Big 12: this doesn’t sound like a guy that would turn down an invite from the Big Ten, Pac-12 or SEC. Indeed, once you get past the expansion targets that multiple conferences lust after because of their combination of athletic value and academic prestige (i.e. Texas, Notre Dame, North Carolina), Oklahoma is probably the single most valuable school that you could plausibly envision actually moving conferences in the nearish-term (defined as the next 10 years). I’ve stated here previously that if you take away any Texas/Notre Dame/Florida State expansion scenarios, the Big Ten adding Oklahoma and Kansas is probably the most valuable expansion that the league could realistically obtain. Their respective direct markets might not be the largest, but the national brand values of Oklahoma football and Kansas basketball are massive. With the NYC and DC markets already in the fold, the Big Ten Network is not necessarily going to be swayed by market size unless it’s the size of California, Texas or Florida (all of which might be unrealistic). Instead, expansion is about taking the last step of turning the BTN into a true national network, which is something that OU football and KU basketball can do. (Think about how much more attractive the Big Ten West looks as a division with Oklahoma in the fold, too.) On paper, Oklahoma may have some academic issues with the Big Ten since it is not an AAU member, but I believe the conference would look at form over substance in this instance with such an elite national football brand. Oklahoma has long been in the same academic tier as its neighbors of Nebraska, Kansas and Missouri, so this would not be a completely outside-the-box expansion. To be sure, it would be a much easier case for OU if it did have AAU membership, but they’re such a valuable potential addition (like non-AAU member Notre Dame) that I think that it would tip the balance.

The massive mountain-sized caveat, though, is that Oklahoma and Kansas aren’t schools that have complete autonomy over their conference decisions. Oklahoma State and Kansas State need to be taken care of if those schools move, which means either (a) the Big 12 can’t collapse (AKA Texas can’t move anywhere else) as a result of OU and KU ditching the league or (b) OSU and KSU have to come along with them as a package. This is big difference from the decisions of Colorado, Nebraska and Missouri leaving the Big 12 and even Texas A&M was able to avoid outside political pressure (which had occurred during the collapse of the Southwest Conference in connection with the formation of the Big 12 and the potential leaving behind of Baylor in the Pac-16 proposal) since Texas had (and still has) such huge financial incentives with the Longhorn Network that provide it with golden handcuffs to the Big 12.

Indeed, the Big Ten, SEC and Pac-12 would all take Oklahoma in a heartbeat, but the existence of Oklahoma State could limit the options of the Sooners. Note that the Pac-12 turned down an expansion proposal from Oklahoma and Oklahoma State in the chaotic days following Texas A&M’s announcement that it was leaving the Big 12 for the SEC, which means that the Pac-12 did NOT reject Oklahoma as an individual expansion candidate. If Oklahoma and Kansas were making that expansion proposal instead, then they would almost assuredly be Pac-12 members today.

Regardless, David Boren is pretty directly stating that Oklahoma isn’t that happy with where the Big 12 is today. Whether OU has any leverage to do anything about it depends upon whether it can act alone (in which case it has all of the options in the world with the Big Ten, SEC and Pac-12) or needs to do everything in tandem with Oklahoma State (where the only option might be to grit their teeth and stay in the Big 12).

283 thoughts on “Bad Blood within the Big 12: Oklahoma President Wants Expansion and What it Means for the Big Ten”